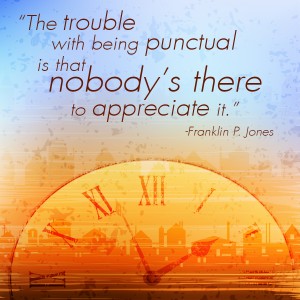 It’s been a frustrating day… one of those days when everything seems to take 3 or 4 times as long as it should… when I’m not feeling that great to begin with… and I’m just feeling discouraged.

But I was reminded that the right way isn’t always the easiest way. There can be  roadblocks and delays and difficulties. And that’s OK… 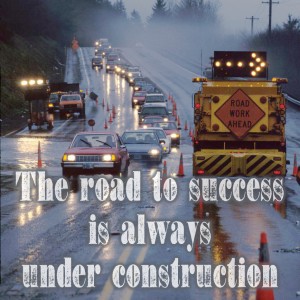 The other day I had a chance to share a bit of my “how in the world did you end up in Louisiana” story with someone who didn’t really know much about my history. To be honest, I hadn’t really thought about it much myself in a while, and retelling the story stirred up the nostalgia a little bit.

So I went searching for some of my old blog posts yesterday & today — some of my original Recovering Pentecostal posts from 2007. It’s hard to believe that it’s been almost 7 years now since I read a book that led to an eye-opening conversation that radically changed the way I saw God and my relationship with Him.

Re-reading those posts and sifting through many others through the years reminded me of how much had happened since then, and how much I’ve changed. I’ve come a long way… literally and figuratively. That pivotal moment in 2007 was amazing. It was freeing. And I’m so much better because of it. But one thing that I’m realizing from my walk down memory lane is that I’ve gone off course.

I’ve got to get back to grace. It’s been seven years since I first began to understand grace, but somehow I’ve allowed legalism creep back in. It’s an insidious thing! This time, it’s not an overt in the form of rules and regulations that I must obey to remain “in the fold.” It’s not an official, institutional thing. This time, it’s personal. I’ve let expectations (coming from myself and others) become obligations in my mind. And the stress of not being able to live up to those expectations is too much. You can kinda do it, at least for a little while, like plate spinning. But it’s a lot of work to keep all those plates spinning at the same time… and you wind up living in fear that the plates will stop spinning and fall… until you fail.

God never intended for us to live under that kind of pressure. It wasn’t His intention that we maintain our walk of faith by our own power.

“How foolish can you be? After starting your new lives in the Spirit, why are you now trying to become perfect by your own human effort?” (Gal 3:3 NLT)

I started seven years ago in grace. But I’ve wandered back into human effort. Maybe it’s time to start over… again… leaning on the security of grace and letting the plates fall wherever they may.

I wanted the event to be a success.

I even helped promote it.

The event in question was a “Meet and Greet” for friend who is running for local office. It was an opportunity to meet some people, have a wonderful meal, show my support, and maybe do a little networking. It’s the kind of thing most people wouldn’t think twice about.

But I thought about it… more than twice. Maybe 100s of times. And my heart raced. And my palms got sweaty. And by the time the event was due to begin, I had talked myself out of attending.

I won’t know 99% of the people there. What if I’m the only one there by myself? What if someone talks to me and I freeze up and don’t know how to respond? Or I say something stupid? What if they stare at me? What if the seating is too close together? What if it’s crowded? What if I can’t get out without drawing attention to myself? What will people think of me?

It’s just so much easier to stay home, or stay at the office. And it sounds so much better to say that something came up, that I had to take care of it, that things are just crazy, and I’m really sorry that I can’t make it. I’ve been around long enough and seen it happen often enough to realize that like it or not, I live in a culture that judges the book by its cover. If you’re not comfortable enough in a social setting to smile and participate in small-talk, you’re defective. Unworthy.

And the fear you already felt (irrational as it may be) is multiplied each time you try to face it and fail again. And it’s magnified even more because you’re going through this horrible thing that you certainly can’t explain to anyone while it’s happening, but what the people around you see is that you’re awkward, not smiling at them, not talking to them, not friendly.

A few years ago I learned that what I was feeling wasn’t unique. I wasn’t alone. There were many others who shared the same silent struggle, and it was called “social anxiety” or “social phobia.” I found out about it from a college professor. Like me, he didn’t struggle with events that had a definite structure to them (like classes or conferences or church services) but he did have a hard time with informal social events like parties, or certain aspects of other gatherings… like the times before and after a formal meeting began.

It was encouraging to meet someone else who could function fine in more scripted settings, but struggle in the unscripted ones. It’s hard for someone who hasn’t experienced it to understand that it really IS possible to have the ability to get up and teach or perform in front of a group, but then freeze up during otherwise normal social interactions. But that’s where I am. Whether it’s a political “Meet and Greet” or a greeting time during a church service… I dread those situations. Actually, dread isn’t even strong enough… they terrify me.

And it’s hard to smile when you’re terrified.

But I’ve checked it in the Bible, and I’ve discovered that failure to smile in public is NOT the unpardonable sin. So I guess I’ll be OK.

I could try to be someone I’m not… but even if I could pull that off,  it’s exhausting, not to mention dishonest. I’m never going to be the social butterfly, and I’m OK with that. I just wish other people could be OK with that too.

So I’ll smile when I have something to smile about. And I’ll work on finding more things to smile about, instead of worrying about the opinions of folks who really don’t care if there’s a reason why I’m smiling or not.